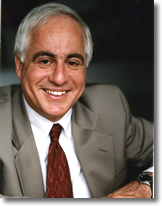 In addition to pioneering polymer research, Bob Cohen has over 40 years of sustained creativity in undergraduate and graduate teaching and in the design of novel academic programs. His achievements include discovery of omniphobic surfaces, block copolymer nanoreactors for inorganic cluster synthesis, tough-stiff nanocomposites, chain folding in confined geometries, and layer-by-layer assemblies for the biotic/abiotic interface. He is co-founder and chairman of MatTek Corporation. Bob’s portfolio of more than 350 archival publications (h-index 73, with close to 18,000 citations) makes him one of the most influential chemical engineering researchers in the world. 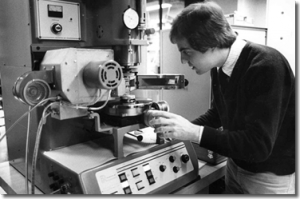 Bob was born and raised in Oil City, Pennsylvania, an environment that naturally led to an early interest in the discipline of chemical engineering.  He studied at Cornell (BS), Caltech (MS and PhD) and Oxford University (Postdoc) prior to joining the MIT faculty in 1973.  He is the founding director of MIT’s 30-year-old Program in Polymers and Soft Matter (PPSM), and the architect of MIT’s unique doctoral program in chemical engineering practice (PhDCEP). He directed the DuPont/MIT Alliance from the time of its inception in 2000 until June of 2012. Currently he is the St. Laurent Professor of Chemical Engineering.

Bob’s scholarly work and publications reflect interests in polymer structure/property relations. Based on patents produced in his laboratory, he co-founded in 1985 MatTek Corporation (http://www.mattek.com) and he is currently chairman of the board of directors. He is a fellow of the American Institute of Chemical Engineers, the Polymer Division of the American Chemical Society, the American Physical Society and the Materials Research Society. In 2010 he was elected to the National Academy of Engineering and in 2015 to the American Academy of Arts and Sciences.  Among the various awards and honors that he has received over the years, he is most proud of the Paul J. Flory Polymer Education Award presented in March of 2012 by the American Chemical Society.

Bob and his wife Jane live in the Jamaica Plain section of the city of Boston. They have two children: Genevieve, who lives in Seattle, and Eliot, a resident of Boston.